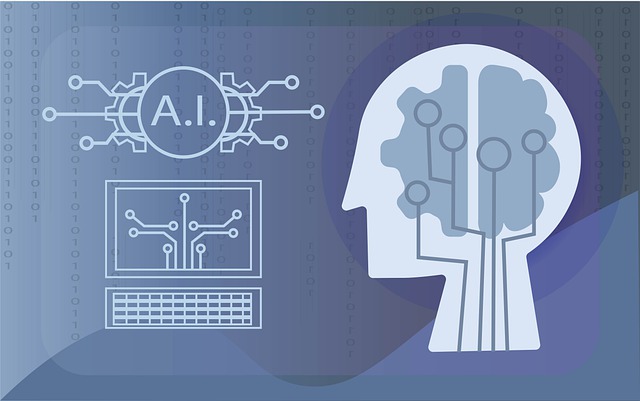 Cognitive computing will give a rise to personal cognitive assistants for students, teachers, and support staff. It can make adjustments to a new campus so much smoother and act like a kind of companion, explaining the directions to a new campus and answering the questions that might come up. The main aim of cognitive computing is to simulate human thought processes in a computerized model. By using the self-learning algorithms to use data mining, pattern recognition, and natural language processing. The phrase is closely associated with IBM’s cognitive computer system. Computers are faster than humans at processing and calculating but they have some tasks such as understanding natural language and recognizing objects in an image. It is an attempt to have computers mimic the way a human brain works.

Deep Learning Systems – It may mimic the human brain’s ability to learn by using finding patterns and looking at previous examples. It can perform human tasks like identifying the image or recognizing speech. It can learn in an unsupervised manner from unlabelled unstructured data and is already used in driverless cars and voice control technology in smartphones, tablets, IoT devices, etc.

Machine Learning Systems – It is the process of teaching a system to learn without human intervention. This kind of system does need to be trained against initial data but can learn beyond it. They are capable of classification, prediction, and decision-making and already see myriad uses in a variety of industries like healthcare, retail, manufacturing, etc.

Neural Networks – It is inspired by biological networks mainly found in the human brain, an artificial neural network is a computing system that interprets data to categorize and find patterns and identify relationships. They can group unlabelled data based on similar characteristics, making neural networks highly useful for organizing massive amounts of data and already being widely used in several different ways, from filtering emails to diagnosing cancer.

Artificial Intelligence – It is difficult to define and it encompasses a variety of different concepts, processes, and practices. It is a computer system that can perform tasks that typically require human intelligence. Research areas have focused on tasks like natural language processing and automated reasoning. People have discovered uses for artificial intelligence in seemingly every field including transportation, education, agriculture, government, and media.

The systems used in the cognitive sciences combine data from various sources while weighing context and conflicting evidence to suggest the best possible answers. To achieve these cognitive systems include sold learning technologies use data mining, pattern recognition, and NLP to mimic human intelligence. A computer can solve these types of problems by analyzing vast amounts of structured and unstructured data fed to the algorithms in machine learning. Cognitive systems can refine the way they process the data. They become capable of anticipating new problems and modeling possible solutions. With more data exposed, a system can learn and becomes more accurate over time.

To achieve these capabilities the systems must have the following attributes

Adaptive: These cognitive systems must be flexible enough to learn as information changes and as goals evolve. They must digest the dynamic data in real-time and adjust to the data and the environment change.

Iterative and stateful: These cognitive computing technologies can ask questions and pull in additional data to identify or clarify a problem. They must be stateful in that they keep information about similar situations that have previously occurred.

Contextual: Understanding context is critical in the thought processes. The systems must understand and identify my contextual data such as syntax, time, location, domain, requirements, and a user’s profile tasks and goals. These systems may draw multiple sources of information including structured and instructed data and visual auditory and sensor data.

Though it is relatively new, cognitive computing already has many applications in various industries. Its most noteworthy uses include:

Chatbots: These programs can simulate human conversations and communicate through text with users in real-time. They can answer questions and are commonly used on e-commerce websites to assist customers.

Face Detection: Cognitive computing can learn to distinguish images of peoples’ faces from each other and then identify them. This can be useful in security systems, such as unlocking a mobile phone.

Fraud Identification: Cognitive computing has a promising future in finances and banking when it comes to detecting strange and fraudulent transactions. This can help prevent fraudsters from taking money that isn’t theirs and protect consumers who are taken advantage of.

Healthcare: Physicians can use cognitive systems to comb through medical records and patient data to find treatment options. Depending on the system, they may even be able to interact with it or ask questions about patient care.

Health and Wellness: Wearable items like smartwatches and fitness apps often make use of cognitive computing to organize and analyze a user’s health data. These health technology can then make recommendations about diet, exercise, and sleep to help users improve their health.

Travel: Cognitive systems can be used on travel websites and apps to help customers find better arrangements based on their budget and preferences. It can aggregate information, like flight times and hotel room availability, scan that information, and match it up with customers’ specifications to make the planning process easier and more satisfying.